R Street has long been interested in both U.S. intellectual property law [1] and U.S. trade policy [2]. R Street’s International Trade Commission (ITC) Policy Project [3] studies the ITC, which stands at the intersection between these two areas. As part of that project, RSI provides data and analysis covering ITC filings, decisions and interactions with other government actors—all to help readers better understand the issues underlying the debate over the ITC’s proper place in the patent system.

Section 337 [4] of the Smoot-Hawley Tariff Act of 1930, as amended and codified at 19 U.S.C. § 1337 [5], gives the ITC the power to investigate “unfair methods of competition and unfair acts in the importation of articles” and to exclude offending imports. Historically, this power was intended to protect domestic manufacturing from infringing imports. But today, a broad swath of U.S. rights holders can invoke the ITC’s power. Complainants in a Section 337 action may assert patent, trademark or copyright infringement, along with other acts of unfair competition, against importers. However, the agency’s power to punish infringers is essentially limited to exclusion, a single powerful tool. While the ITC may exclude imports that infringe a patent, it cannot grant money damages or provide a binding permanent decision on patent validity.

Federal district courts, on the other hand, can provide money damages to compensate for past infringement and set a reasonable royalty for future use. They may also provide, where appropriate, a comprehensive injunction that prevents infringers from making, using, selling or importing infringing goods. Thus, the ITC’s remedies are best understood—and historically were understood—as a subset of those available in district court. Still, the ability to exclude imports from the U.S. market quickly in defense of domestic industry provides the ITC with a role in the patent system.

R Street hopes to foster understanding and discussion of the extent of the ITC’s role, its expansion from historical limits and its proper reach. One particular development worth discussing came with the Supreme Court’s eBay v. MercExchange [6] decision. In eBay, the Supreme Court curtailed the district courts’ policy of nearly automatically granting injunctions in patent infringement cases. To receive an injunction, a patent holder must now prove, among other things, that the infringement causes irreparable harm that could not be compensated with money damages.

Patent holders who practice their invention by providing products to the marketplace are typically able to meet the eBay standard. Competing with the infringers in the same market as the patented goods is generally sufficient to show irreparable harm. Thus, for practicing patent holders, the ITC remains an option for quickly halting infringing imports while pursuing fuller remedies in the courts.

But for non-practicing entities (NPEs)—which hold patents but don’t produce products—the eBay irreparable-harm barrier has proved nearly insurmountable. As a result, some NPEs now look to the ITC, and its still near-automatic exclusion orders for successful patent holders, to exclude infringers from the marketplace. These NPEs likely could receive only money damages from a district court. But an ITC order excluding imports may be much more valuable in negotiating a license. Even the threat of exclusion may drive settlement negotiations well above the actual damages available for infringement in district court.

Thus, one inadvertent consequence of eBay was expanding the ITC’s role within the patent system. Without congressional action, the ITC now provides certain patentees with a potent remedy unavailable in the courts. The ITC Policy Blog will explore this and other questions further this fall.

This fall, R Street’s ITC Policy Project will review ITC practice in general, with analysis and commentary explaining what the agency is doing and which rights holders are using the ITC. Coverage will include timely updates on relevant ITC decisions, Patent Office actions and Federal Circuit cases. There will also be deeper examinations into the ITC’s role in the patent system, including: 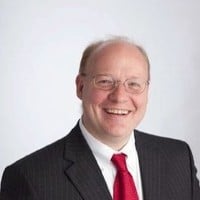