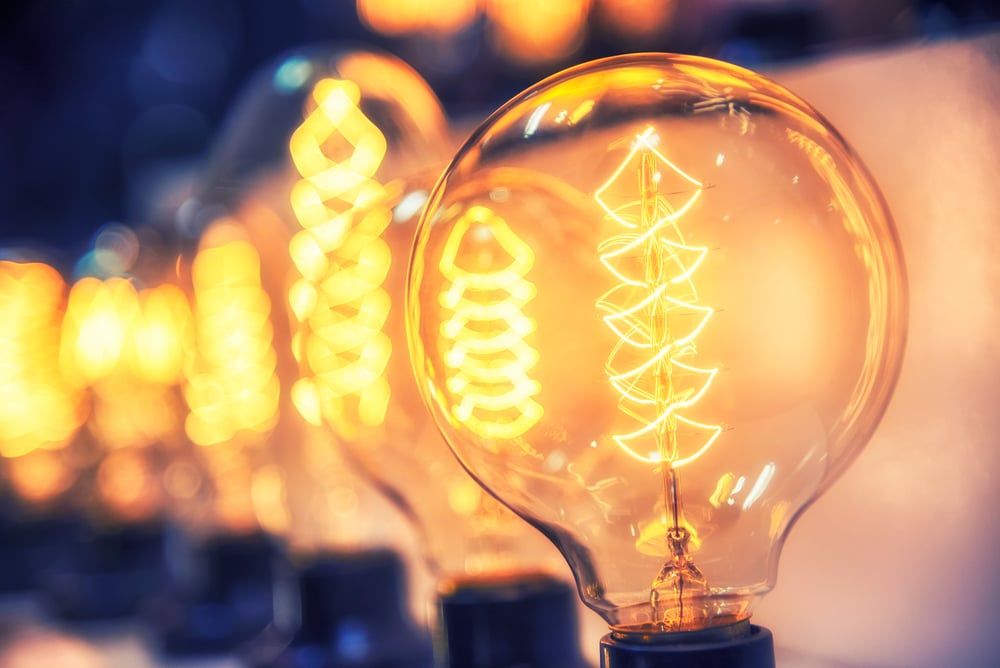 What Policies Could Make it Into Permitting Reform

Congress is promising permitting reform for energy and infrastructure, but despite the objective, politicians are not yet in agreement on what it could look like. Historically, this issue has been challenging because it boils down to the complexity of navigating the regulatory process and the number and quality of the regulations. Politicians who favor a clean environment through regulatory expansion do not want to admit that the very same rules that constrain fossil fuels just as easily impede clean energy growth. Reforming outdated rules, or even ones that were thrown out in court, consistently results in political backlash. Nevertheless, with no option for party-line votes on permitting reform, both Republicans and Democrats are going to have to come to an agreement on the most appropriate design for this policy.

Why We Need Permitting Reform

For years, the primary obstacle stalling clean energy growth in the United States was cost. Subsidies for the deployment of wind, solar and other clean energy sources began in the 1990s and were extended as part of the recent Inflation Reduction Act. In 2010, wind and solar power were 2 percent of U.S. electricity generation and today are 12 percent and climbing. The costs of solar power have come down 82 percent since 2010, and costs for wind have declined by 39 percent since 2010. But now that these resources are economical and in demand, the issue is not cost but deployment.

The time for new power plants to connect to the grid has gone from two years to nearly four years. And more than 1,000 gigawatts of energy—most of which is clean energy—is seeking to connect to the grid (an amount almost equal to the total capacity of the existing electricity grid). Pro-clean energy efforts are now encountering the reality that the ability to build, permit and site new resources is just as important as the cost of new generation. It is clear that, today, permitting is the primary constraint to clean energy growth.

The issues of permitting are not limited to renewable energy, though. Virtually every facet of infrastructure needed for a clean energy transition in the United States requires some level of permitting. Politicians frequently call for massive growth of electric vehicles, but constructing lithium mines in the United States has been a difficult task. Reducing transportation emissions would be easier with more transportation rail, but permitting requirements under the National Environmental Policy Act (NEPA) and other regulatory constraints make rail a much more complicated proposition in the United States than other countries. And nuclear power, traditionally America’s largest source of clean energy, has been in steady decline with the latest power plant built in 2016 and the next youngest plant built in 1996.

To put it simply, it matters little how many of American taxpayers’ dollars Congress is willing to spend on subsidies for energy companies if red tape makes it impossible to build anything new. Permitting reform should have been a higher priority for Congress’s clean energy agenda than focusing on additional subsidies.

Implementing permitting reform will not be easy for Congress, as there are multiple laws and layers that they can consider. It will be most impactful to address NEPA, which touches nearly any major infrastructure project in the United States. Out of all of the Department of Energy’s (DOE) NEPA projects, 42 percent have been related to clean energy, transmission or conservation; only 15 percent have been related to fossil fuels, making it a major barrier to clean energy infrastructure. NEPA received substantial bipartisan reforms as part of Title 41 of the Fixing America’s Surface Transportation Act (FAST 41) in 2015, but efforts toward additional NEPA reform have been controversial.

Permitting reform might also touch controversial topics outside of NEPA. If Congress wants more carbon dioxide pipelines for its Direct Air Capture Hubs from the earlier infrastructure bill, it may need to address regulations under the Pipeline Hazardous Materials Safety Administration. If more transmission for renewable energy is desired, FERC regulations on electric transmission may come into play.

The challenge for Congress with permitting reform will be to replicate the light-touch policies that FAST 41 pursued for NEPA and doing so in a manner that can garner bipartisan support. More partisan proposals are unlikely to go anywhere, and permitting delays would remain a barrier to both clean energy and infrastructure investment in the United States.

While there are numerous policy avenues for streamlining the United States’ regulatory processes, not all are politically feasible, nor do all have equal merit. For simplicity, we have listed several potential permitting reforms worth consideration here.

While political opposition to new construction often centers on controversial cases such as landowners or Native American tribes, in practice, these cases account for the smallest share of NEPA court challenges at about 6 percent combined. By contrast, most NEPA cases come from public interest groups, which account for 59 percent of court cases. These are part of advocacy efforts with an interest in stopping or delaying construction, and, ironically, many of these groups are environmental advocacy organizations. To avoid litigation, agencies try to produce documents that better hold up to court scrutiny, which means they are longer, more detailed and take extra time to prepare. This might seem good on the surface, but the issue is that agencies do not know what issues they might have to cover in their documents, leading to unnecessarily long document preparation timelines.

FAST 41 required that for projects under the rule, any potential litigant must have raised the issue of their challenge as part of the project’s public comment period, meaning that agencies no longer had to fear surprise court cases that would force them back to the document-preparation phase. Because litigation is cited as the biggest reason for NEPA delays, this modest change can have a big impact. FAST 41 only applies to select infrastructure projects, however, and this requirement for standing should be applied to all NEPA projects. Environmental protections for FAST 41 projects have not diminished, and incentives for public interest groups would shift to ensuring agency accountability, rather than using courts to delay infrastructure development.

Shorten the statute of limitations to half a year or less

One challenge with NEPA document preparation is that it is not always clear whether they have satisfied the requirements of the law, due to the vagueness of statute. One notoriously troublesome phrase is that agencies must consider all “reasonable alternatives” when preparing NEPA documents. Due to the vagueness of the requirement, it is never quite clear whether it has been satisfied. Congress should add some clarity to what is considered “reasonable.”

Not all projects that require permitting are new. Sometimes, they are expansions of existing facilities or replacements. Yet, oftentimes, past documents that were used, or assessments that were performed in the past, are not utilized in new permitting document preparation. Congress should outline what standards would allow for existing documentation to be used for new project permitting, whether it be age or source.

Although many permitting projects require a major federal action, and thus require federal permitting approval, the projects themselves are often entirely located within a state that may have an interest in its quick approval and construction. To the extent possible, permitting decisions and NEPA document preparation should be dispersed to states, which have a greater motivation for the speedy approval of infrastructure.

Assessment on NEPA project approval timelines at the DOE has found that a major factor is managerial quality and attention. Simply, sometimes a project has a manager who puts a great deal of effort into ensuring that the many aspects of agency coordination and work that go into project approval are progressing; sometimes it does not. Congress should direct agencies to evaluate the managerial capacity of projects and ensure that effective processes are in place for all projects.

Some projects are granted a “categorical exclusion” (CX) from NEPA requirements, usually owing to their small scope or known minimal environmental impacts. The standard for CXs, though, is not uniform. Natural gas wells can receive a CX, but a geothermal well using the same technology cannot. If an agency has deemed a technology to have no significant environmental impact, the standard should be applied uniformly.

What Permitting Reforms Should be Avoided

Just as there are relatively simple permitting changes that could yield substantial benefit, there are others that could do more harm than good. We lay out a few policies to avoid here.

When politicians hear that clean energy is getting caught up in permitting issues, they may be tempted to simply exclude their favored technologies from permitting requirements. While the wisdom of blanket exclusions from environmental protections is tenuous at best, even if the environmental harm were minimal, this would lead to a significant economic problem. If CXs were expanded only for select technologies, the result would be that only technologies that politicians bless could be built in a timely fashion, whereas other, potentially more valuable technologies (or even future clean technologies) would be put at a permanent disadvantage from facing a higher barrier to market entry.

One of the most common proposed solutions to permitting delays is to simply make them illegal. Bills often propose mandates of two years to complete the NEPA process, which on average takes 4.7 years. The problem with this idea is that the reason for NEPA delays is intrinsically tied to the need to produce documents that can withstand litigation risks. A short deadline may yield a faster decision, but those decisions are more likely to fail to hold up in court, which could result in a lengthy trial ending in a court order for additional documentation, making the entire process take longer than it would have without the mandated deadline. Politicians need to address the underlying causes of NEPA delays before mandating faster decisions.

Avoid a concentration of political authority

Sometimes the simplest solution is to give more authority to a government figure to ensure a project can get approved quickly. The flip side is that it also gives a government figure more ability to delay projects they do not like. Proposals to give the secretary of energy more authority in permitting, for example, would only worsen the issue of political connectedness being more rewarding than economic viability. It would also lead to an incentive for energy investors to delay new projects near elections, especially if they fear an electoral shift could kill a proposed project. This would be especially problematic given that major projects frequently encounter permitting timelines longer than election cycles.

Permitting reform is essential to meeting politicians’ stated clean energy objectives. Without permitting reform, it will take years for both public and private investments to pay off. The good news is that relatively simple policies that do not require any curtailment of environmental protection are also the policies that are likely to have the greatest impact. The bad news is that there is also the potential for Congress to pursue bad reforms, which could trade near-term expediency for long-term economic harm. Overall, politicians should focus on the solutions and avoid the political baggage that typically comes with regulatory reform issues.