On June 30, the Supreme Court of the United States (SCOTUS) ruled that the U.S. Environmental Protection Agency (EPA) lacks the authority to promulgate rules that force changes in the mix of the electricity system under the Clean Air Act (CAA). In West Virginia v EPA [1], SCOTUS asserted that all past rules under the CAA were focused on how to make existing emission sources cleaner with available technology, but did not impose restrictions that could only be met by retiring existing sources. SCOTUS also claimed that the EPA’s defense that it discovered an expansive and previously unused level of authority in promulgating the Clean Power Plan—President Barack Obama’s signature climate legislation—was untrue. In plain English, the EPA cannot impose climate-focused regulations that force energy transitions without additional authority granted by Congress.

The West Virginia case targeted the electric power industry, where market forces have outperformed regulation. Mostly voluntary actions in the power market led to a 33 percent emissions cut [5] relative to 2005 levels. The targets of President Obama’s Clean Power Plan were met a decade early, primarily as a result of market forces, not the rule itself, which was stayed six months after finalization. Every administration has a bias toward assuming that their regulations are going to be effective and without tradeoffs, but history shows that the SCOTUS ruling may matter little for environmental outcomes because the motivating factors for behavioral change are driven by the market more so than regulator preferences.

Regulations vs. the Market

In the absence of this court decision, the expectation was for the Biden administration to release [8] new regulatory requirements for new fossil generators and modifications to existing generators. But few new fossil generators are being built and the fate of existing coal generators is largely sealed by unfavorable long-term market forces. Squeezing more efficiency out of existing gas generators has modest prospects, and competitive suppliers already have the incentive to pursue efficiency improvements. State utility regulators are better positioned than the EPA to target more efficient operations of the existing monopoly utility gas fleet.

Simply put, the CAA was not designed to address climate change, which puts the onus on legislation tailored to the problem. The CAA is also not a politically durable statute to pursue climate policy, resulting in deep swings in implementation with changes in administrations. This further undermined any potential emissions effectiveness and increased costs without addressing the core driver of emissions reductions.

The biggest determinants of emissions in the power sector are barriers to capital stock turnover. Over 930 gigawatts [9] (GW) of zero-emission generation is trying to connect to electric grids, compared to 75 GW of natural gas and under 1 GW of coal. However, interconnection rules, avoidable grid congestion, and siting and permitting create a clean energy blockade that massively delays these new resources from displacing the existing fleet. Voluntary [10] procurement now drives most renewables development, and market participants have a growing appetite for granular emissions information to inform siting these facilities to maximize emissions displacement. EPA’s current GHG reporting program [11] has data that is greatly lagged and does not reflect the granular dynamics of power markets, rendering it of little use to the wave of corporate sustainability that holds far more climate potential than any regulation could provide. EPA’s best climate role is to enhance emissions transparency. 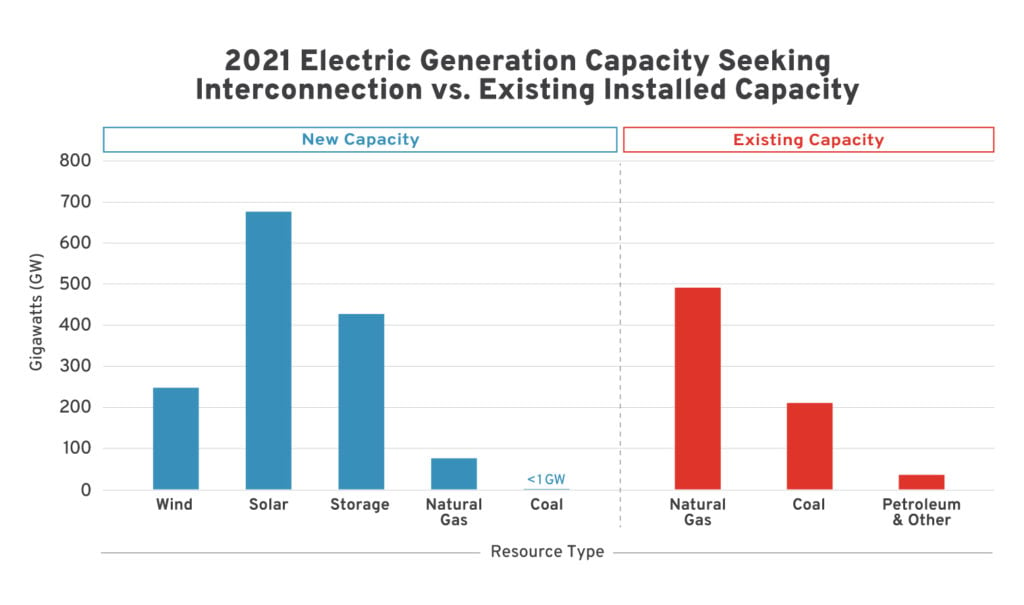 Government no longer needs to force private capital markets to address climate change. Tens of trillions in private assets under management have environmental fever [14] but lack quality information and clarity from financial regulators on what constitutes greenwashing [15]. The private sector needs the ability to deploy capital swiftly with the best emissions information.

Nevertheless, even as it becomes more apparent that market decisions have far more impact on environmental progress than regulatory ones, there are defenders of expansive GHG regulatory authority who believe the economic inefficiencies of regulation are outweighed by other benefits.

One common core argument in defense of EPA climate regulations is that they serve as a backstop [16] and negotiation tool in international climate agreements, with defenders arguing that domestic climate rules are essential to meeting promised emission levels under international agreements. This argument, though, ignores that the current global climate agreement, the Paris Agreement, is non-binding and was implemented without any requirement of approval from Congress. Normally, a “ratified” treaty carries the weight of the law of the land and can be used as a justification for promulgating new rules.

However, since the Obama administration opted to avoid input from the Republican-led Congress of the time and pursued a non-binding treaty, it would make no legal sense for it to justify domestic regulation. The president is limited to the authority Congress grants, and engaging in a non-binding treaty cannot legally justify an expansion of the president’s authority without approval from Congress. The lesson is that a continual test of executive authority leads to weakened negotiating power and outcomes. This is only avoided by ensuring that international policies are rooted in congressional authority [17] and can survive beyond an administration.

Another argument in defense of EPA climate regulations is that the benefits often exceed the costs. However, the main benefits drivers are reducing non-GHGs like particulate matter, which are already covered under the CAA. Proper rulemaking [18] procedure accounts for all costs and benefits—something the Trump administration improperly resisted—but it should also weigh the net benefits of alternative regulatory options, which the Obama administration did poorly. Societal net benefits increase if EPA implements the CAA to address the emissions [19] Congress originally intended, which will also create GHG reduction co-benefits.

As noted [20] by Nathan Richardson, an expert on CAA climate law, “Congress’ inability to pass new climate legislation, or even to update and clarify decades-old environmental statutes, is the root of the problem.” He continues that the CAA’s failures are a symptom of such neglect and that “progress must largely come through new politics, not old law.”

Policymakers should prioritize bipartisan climate legislation and pursue regulatory reforms that unleash and inform new investment rather than micromanage the existing fossil fleet. They should seek to enable healthier voluntary markets and avoid the temptation to pursue international policy that ignores the need for congressional buy-in. When it comes to climate, the greatest environmental protection is the empowerment of a free society [21], not the expansive authority of the executive branch.