In a delightfully unexpected development, the Virginia Alcoholic Beverage Control Authority — the state government monopoly that controls and operates all liquor stores in Virginia — has beefed up its social media presence. The results, so far, have been nothing short of spectacular.

In recent days, @VirginiaABC has helpfully let residents of the Commonwealth know vital information, such as the fact that … they accept exchanges and returns:

Did you buy the wrong bottle? We accept returns or exchanges! Check out our return policy for details: https://t.co/znWsw9a7qd [1] pic.twitter.com/WLieusFWD4 [2]

When not bragging about their ability to conduct basic retailing functions like every other store in America, they informed us that their Bureau of Law Enforcement was recently reaccredited by the Virginia Sheriff’s Association:

We’re proud to share that our Bureau of Law Enforcement was officially re-accredited today by the @vlepsc [4]. Congrats to all members of the Bureau on this accomplishment! pic.twitter.com/tIqMkLQrTS [5]

Never mind that it was armed ABC agents who body-slammed [7] a University of Virginia student into the ground in 2015, leading citizens across America to ask why these glorified mall cops had guns in the first place.

Things really took a turn for the absurd when they urged followers to drop by one of Virginia’s distilleries for a tasting:

What better way to spend a Saturday than seeing (and tasting) what the commonwealth has to offer? We’re currently featuring five distilleries in Northern Virginia where you can visit or take a tour. Check them out on our website! https://t.co/yC33NTcNA9 [8] pic.twitter.com/9PmK8xIPLk [9]

As any drink enthusiasts residing in Virginia can attest, the state only allows visitors to sample up to 3 ounces [11] of a distillery’s spirits per visit. Virginia ABC claims this is necessary to prevent over-indulging, even though the state already has laws against over-serving. The state also simultaneously allows customers to pound high-ABV beers at Virginia craft breweries like they’re going out of style. Even worse, in order to sell you a bottle, distilleries must convert themselves into ABC agent stores [12], with all the rules and compliance burdens that doing so entails.

Next, capitalizing on its newfound social media momentum, ABC tried to pat itself on the back for hitting 10,000 Twitter followers and asked for feedback on “how we can be better”:

We just hit 10K followers! 🎉 We’d like to thank all of you for tuning in. Let us know how we can be better! (pls don’t say more Buffalo Trace/Weller/Blanton’s… we’re trying.)

The results were savage:

How you can do better: Let my local grocery store sell liquor.

But don’t worry, it got worse. In response to a follower request to carry limes—a vital garnish for many cocktails, especially as the craft cocktail revolution has prioritized fresh juices over the fake sour mixes of yesteryear—Virginia ABC clarified that, #actually, their stores did sell limes. They just, er, happen to be freeze dried ones, which are somehow still a thing in 2020? Rest assured, though, they are some “neato” limes:

I mean, who wanted want these things: 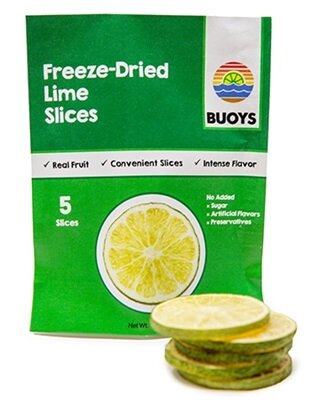 Admirably, rather than backing down after this thorough Twitter mockery, the good folks running @VirginiaABC refused to admit defeat. They took to a public defense campaign to justify their existence. But instead of arguing that government control over liquor sales protects health and safety — the false but widespread argument usually advanced by control-state advocates — they pointed to the dolla dolla bills, y’all in a (now deleted) tweet:

They then volunteered to “educate” us further about how very, very rich they are:

Maybe we should’ve also said “pls don’t say privatize…” but now we have an opportunity to educate! In the last 5 years, ABC has transferred more than $2.2 billion back to VA. That money largely funds education & health & human services, and could be tough to replace. FY19 data: https://t.co/qByeN8KWkl [20] pic.twitter.com/3TUnsxZW3t [21]

To Virginia ABC’s credit, jumping straight to the “look how much money we generate for state government coffers!” argument strikes at the real reason why government-operated liquor stores continue to exist in over a dozen states: Politicians like money, and they’ll be hard-pressed to let go of any of their lucrative revenue streams.

But while our elected representatives may enjoy this old-fashioned money grab, revenue-generation is far, far removed from the original mission and goal of alcohol regulation. In fact, the mechanism of using profits derived from state-controlled alcohol sales to cross-fund other areas of government — such as education and health and human services, as Virginia ABC boasted — means that liquor sales are essentially operating like an extra tax [23] on Virginia residents.

Based on the last few weeks, it looks like some of that money is now also going to fund the @VirginiaABC social media team. Like everything else Virginia ABC touches, it’s been a lesson in failure.